In this article, we will dive more into Singapore’s stringent traffic laws and inform about how life changing some of these offenses are if you are caught red-handed. Today, most of these traffic violations are those that bring danger to others while you are driving.

Driving under influence, or the more commonly known example in Singapore, drink driving. It is a very serious offence. It takes one of the two criteria to be considered for drink driving. Either you are unfit to drive under the influence of alcohol, incapable to control your vehicle or you exceed the legal alcohol limit. Not only do you endanger yourself, but you also endanger others around you when you are unable to control your vehicle. Additionally, the penalties for drink driving will be life changing.  Additionally, chances are you will not be able to drive for the next few years. Instead of saving a few dollars, call for valet or take a cab.

Possible penalties: Disqualified from having a driver license for 2 years

(For repeated offenders, disqualification of at least 5 years, fines of up to $20,000 and/or imprisonment of up to 2 years)

Speeding is an offense that carries a fine as well as some demerit points. Even if you are a “Speed hunter” and love the thrill of going fast, if you speed without any consideration of the law, you are sure to be in serious trouble. Over 40km/h and you will be invited to a court session additionally, you are likely to get a suspension from driving as well as a hefty fine if you are caught to have excessively sped.

Use of mobile phone while driving

By now, you should know that using of mobile communication devices are illegal while your vehicle is moving.  We understand the urge to reply an urgent text or wanting to continue reading that interesting article from us when you checked your phone at the red light? The fines and penalty for this is very severe as well. We urge to not read or respond to any messages while driving and only make calls with your car’s steering wheel controls or through a hands-free kit.

Possible penalties: Fine of up to $1000 and/or imprisonment of up to 6 months.

(For repeated offenders, fine of up to $2000 and/or imprisonment of up to 12 months)

Rushing home, thinking that you are the Takumi of Singapore or perhaps you have been having a bad stomach-ache and need to find a toilet? A few examples are cutting in and out lanes as well as tailgating are signs of dangerous driving. Just recently, a man with irritable bowel syndrome was caught speeding to find a toilet. Although he had caused no harm, his actions were enough to be justified as dangerous driving and have been jailed for 7 weeks and disqualified from driving for 4 years. Instead of driving dangerously and increasing the risk for yourself and others on the road, we urge to obey all traffic signs and the speed limit of the given road.

Not stopping at a red light is another serious offence that will cost you demerit points and fine. Arguably the least serious offence in the list, however we feel that perhaps due to the nature of such, it however brings a lot of dangers to other users on the road. Many accidents can be seen on social media when a driver does not conform to the red-light signal and rams into another vehicle of the opposite direction who is making a turn. We suggest taking a more defensive approach and slow down when you are nearing traffic lights. If nothing, it will at least you money and demerit points.

(Additionally, if you injure another party in the process the repercussions will be severe) 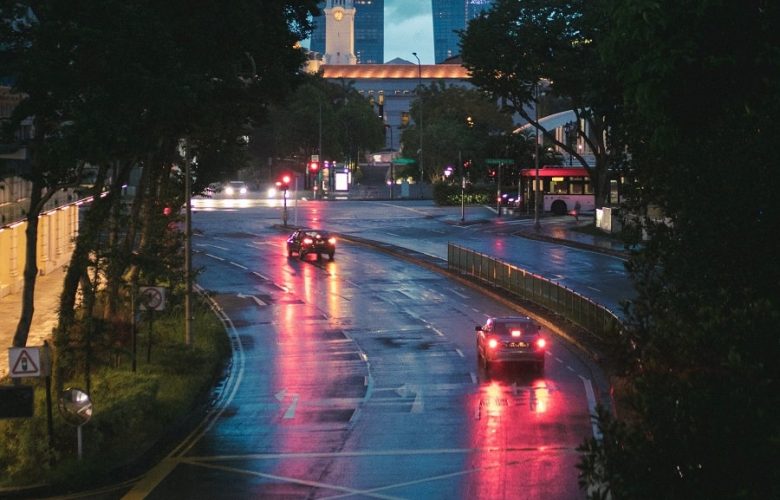 5 Tips for Driving During the Rainy Season in Singapore

5 Roads In Singapore To Be Cautious Of

Read more
Need Help? Chat with us
Start a Conversation
Hi! Click one of our member below to chat on Whatsapp
The team typically replies in a few minutes.
Scrapcar.com.sg
Customer Service